FRSC IN SYNERGY WITH OIRS TO SHORE UP IGR 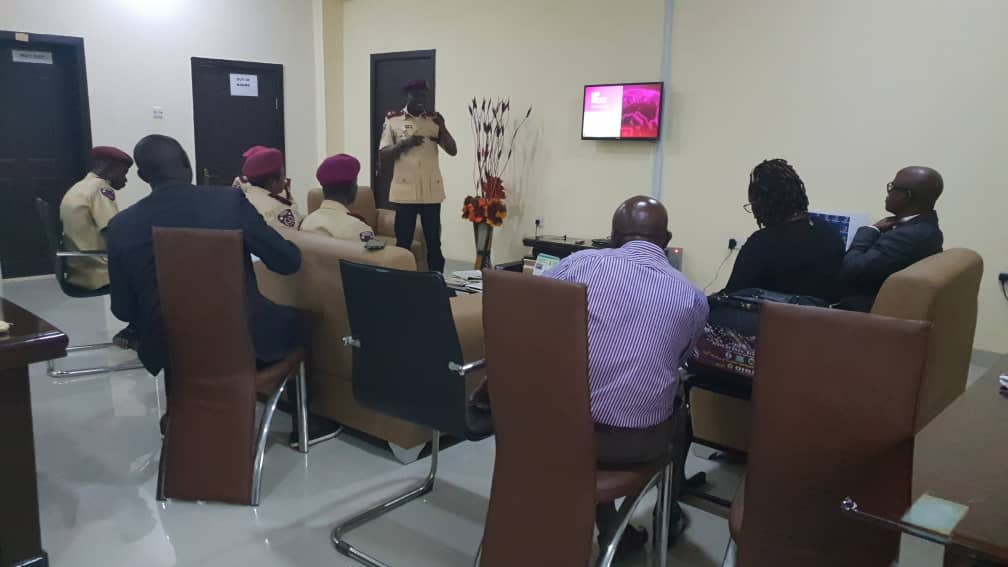 Efforts are being intensified to shore up the Internally Generated Revenue (IGR) of the State of Osun as the Federal Road Safety Corps (FRSC) synergizes with Osun Internal Revenue Service (OIRS) to boost revenue generation of the State.

He said, the only functioning apparatus to translate ideas of Government to effective implementation is money and with the
collaboration of the duo especially in the area of dealing with fake and unregistered number plate as well as uncompleted vehicle particulars, increment in revenue generation is guaranteed.

In his earlier address, Sector Commander, Federal Road Safety Corps, Peter Oke salutes the courage of the Agency under the leadership of Prince Adegbite Ademikanra in their resilient efforts towards driving revenue generation of the State.

Commander Peter Oke therefore enjoined the general public particularly motorists and motorcyclists who are yet to do the needful as regards number plate and other vehicle particulars registration should do so on or before October 2nd, 2019 the day for the takeoff of the enforcement exercise.