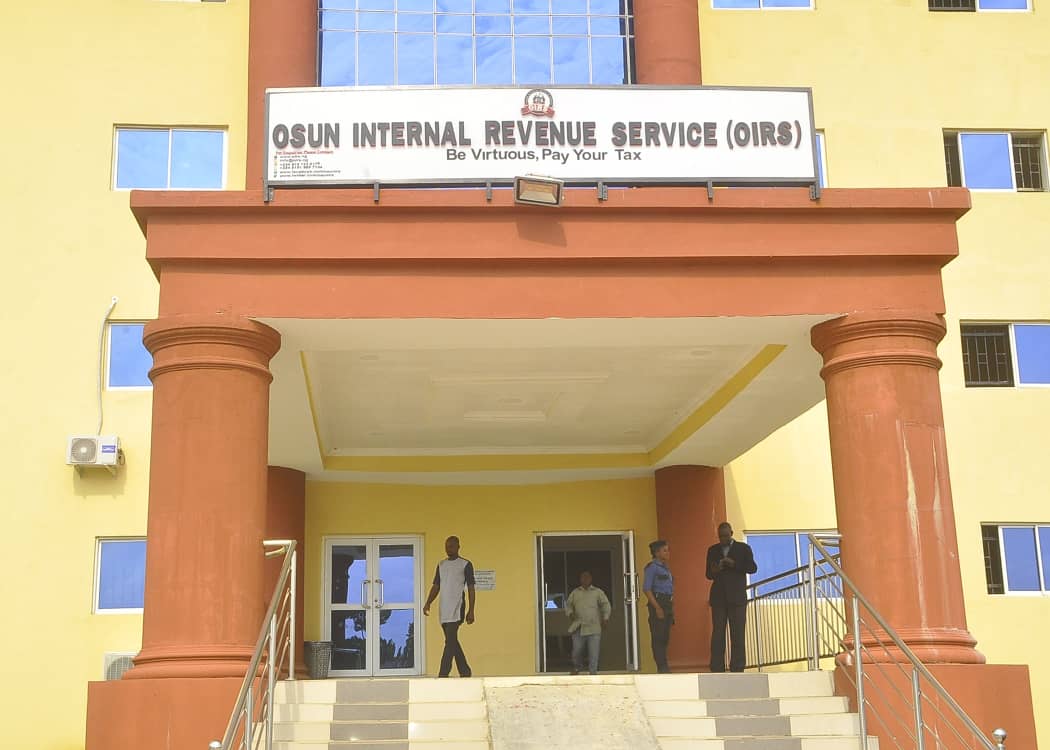 One major action that was taken in 2019 was the relocation of the Headquarters of the Osun Internal Revenue Service from the Ministry of Finance to the current location. The current location outside the Secretariat is a major move signifying the existence of the Agency as independent arm of the Government.

The Agency derives her power from the Tax law which has 83 sections, which was reviewed during the public presentation by Dr Oladoye Amokaye who is the Head of Department, Private and Property Law, University of Lagos where he advocated for accountability and transparency on the part of the revenue service so that people would have confidence in it.
It was passed last year by the State Assembly and singed into law on December 27, 2013. It empowers the state Internal Revenue Services (IRS )to fix the tax rate, collect and deposit taxes, seize or confiscate defaulters’ assets, arrest and prosecute, impose fines among others.

The law also established an Appeal Commission to entertain complaints on the administration of tax policies.

The current Board under the Leadership of Prince Adegbite Ademikanra is poised to take the Agency into greater heights.